On the list below, you’ll find a variety of picture books about Johnny Appleseed that your preschoolers will enjoy.

Which of these books about Johnny Appleseed will you read to your preschoolers first?

Rhymed text and illustrations relate the life of John Chapman, whose distribution of apple seeds and trees across the Midwest made him a legend and left a legacy still enjoyed today. 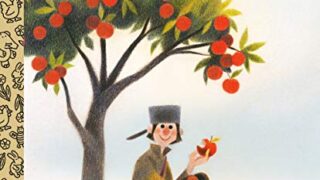 In this simple yet lively book, preschoolers will be introduced to John Chapman, better known as Johnny Appleseed. 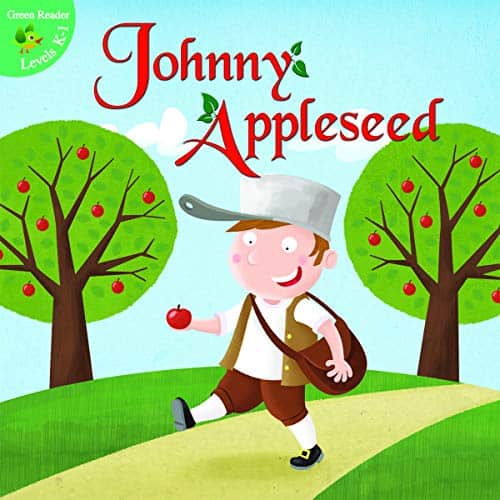 Sung to the tune "The Muffin Man," this rhyming title will have students giggling as they learn the tale of Johnny Appleseed 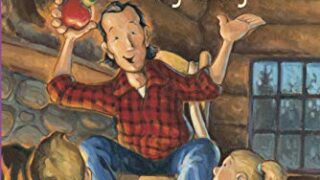 Johnny Appleseed was an important historical figure, well known for planting apple orchards across the new frontier. But he was also a master storyteller! 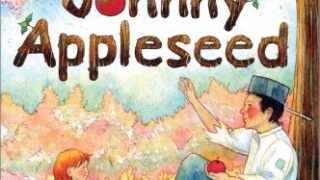 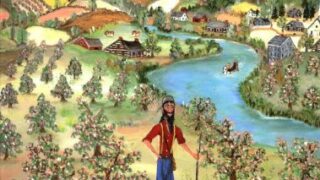 Johnny Appleseed: The Story of a Legend

Everyone knows the story of Johnny Appleseed: how he traveled westward across our young country, spreading apple trees wherever he went and wearing outlandish hats, like a soup pot, on his head. But did you know that Johnny Appleseed was a real person? 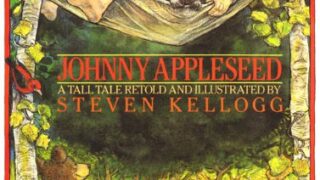 This fun picture book has been a favorite for generations. Bursting with energy and perfect for reading aloud at home or in the classroom, Johnny Appleseed is an excellent choice for storytime. 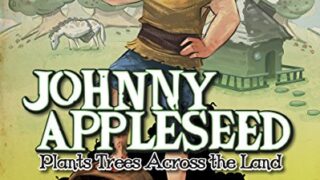 Ever hear of a fellow named Johnny Appleseed? They say he had a wolf as a pet and could heal wounds with his own two hands! But did you know that he spread apple seeds across the American frontier? 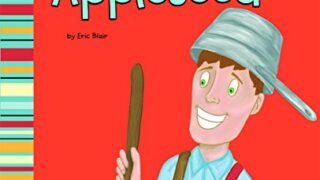 For Johnny Appleseed, nothing is better than a fresh apple. From the East Coast to the West, Johnny roamed the land and planted his trees ― and had many adventures in between! 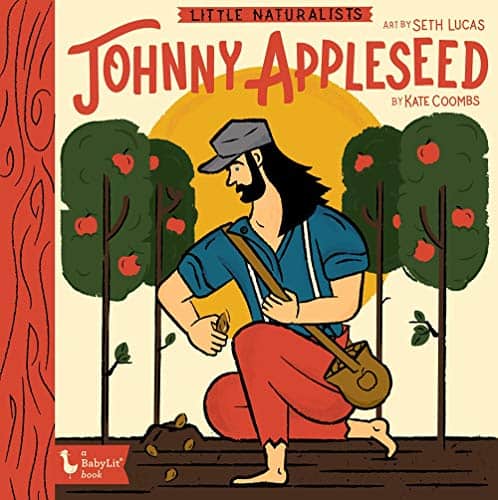 John Chapman, known as “Johnny Appleseed,” planted apple tree nurseries all over Pennsylvania, Ontario, Ohio, Indiana, Illinois, and West Virginia. He believed nobody should ever harm a living thing, so he advocated for animal rights, became a vegetarian, and planted seeds instead of grafting tree branches like most other orchardists. 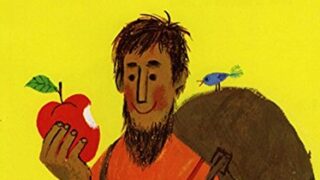 The Story of Johnny Appleseed

John Chapman lived in the frontier in Massachusetts. But when he decided to travel west, wearing a cooking pot on his head and planting apple trees wherever he went, he became known by a new name: Johnny Appleseed.

This crocheted Johnny Appleseed hat is the perfect addition to your dress-up box! 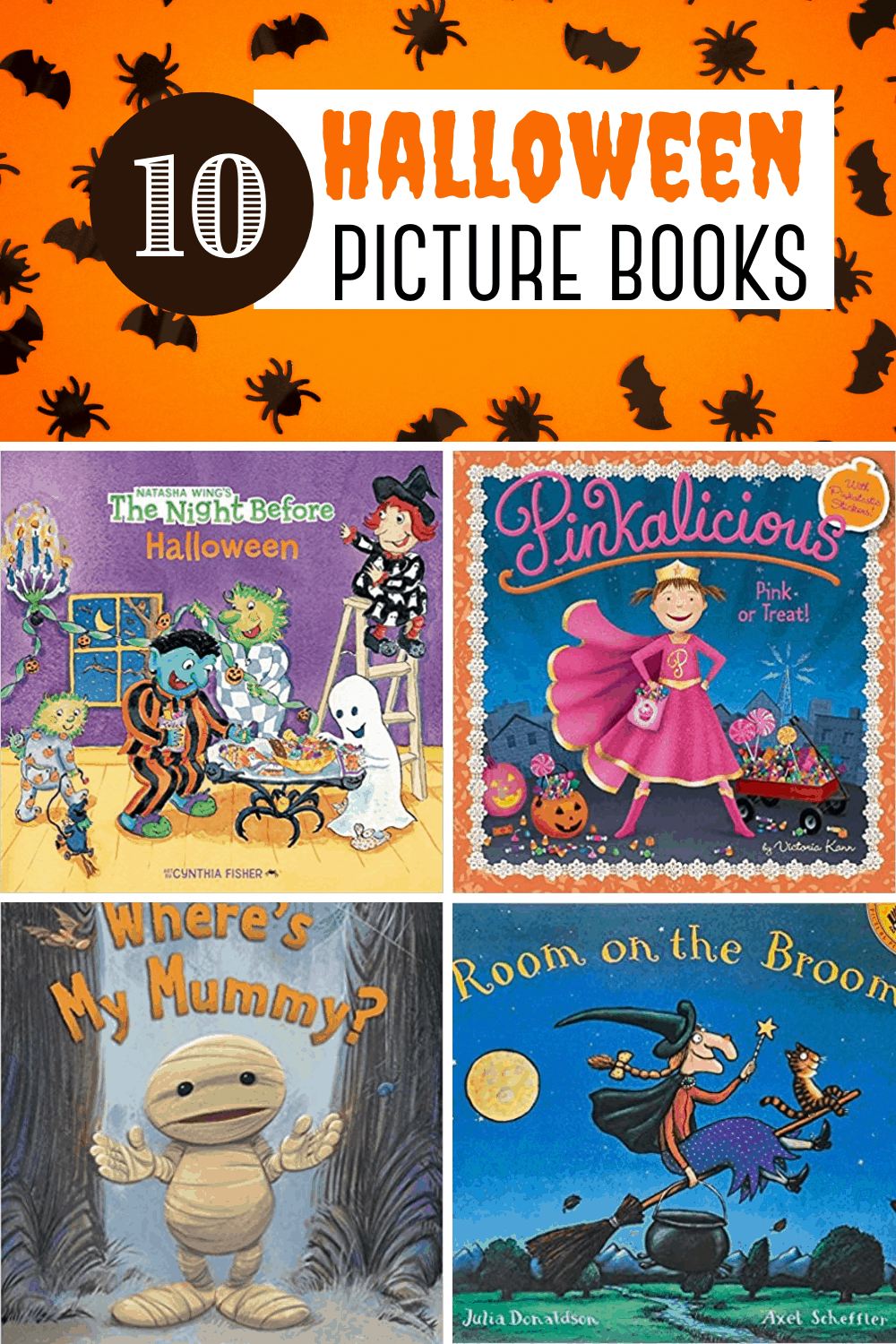 This post may contain affiliate links. Stock your shelves with one or more of these Halloween books for preschoolers. They’re perfect for kids ages 3-5! As we round the corner from September to October, it’s time to gear up for Halloween. In addition to these fun picture books, check out the rest of our Halloween… 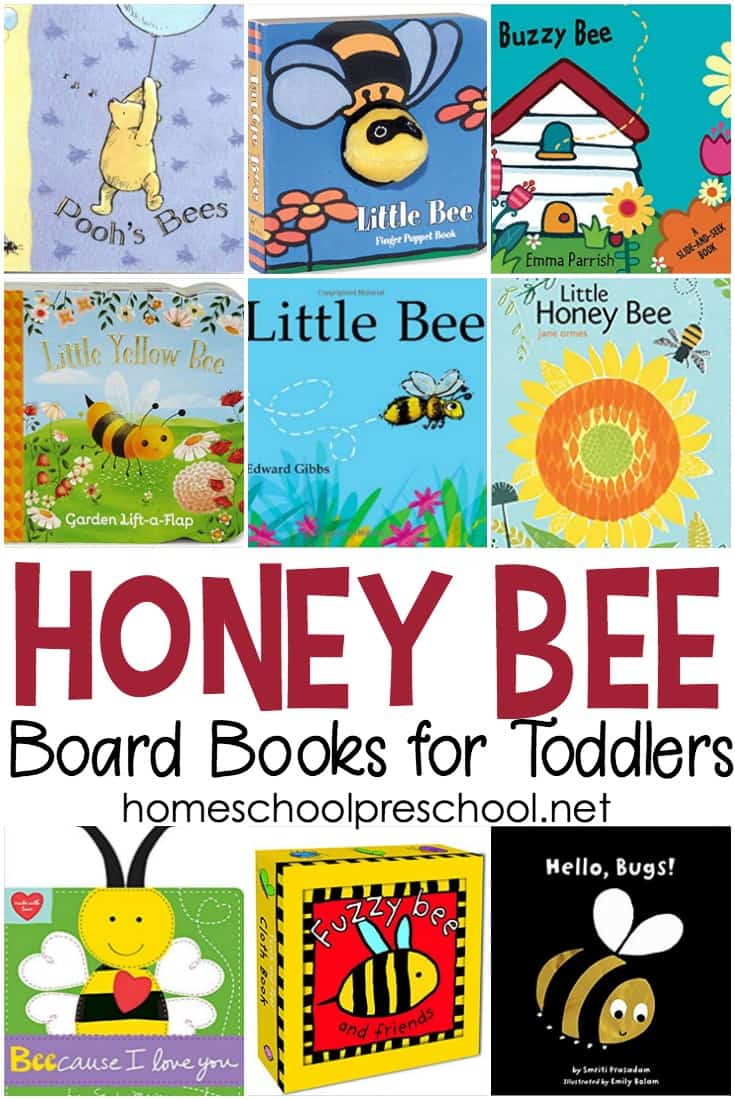 This post may contain affiliate links. 9 of our favorite bee books for toddlers! Engage your little ones this spring and summer with this great collection of board books featuring bees. Getting little ones to sit still long enough to listen to a good book can be a challenge. However, when you present them with…

This post may contain affiliate links. As spring turns into summer, teach your preschoolers about how butterflies grow with these butterfly life cycle books for kids. Whether you’re introducing the life cycle of a butterfly to your preschoolers or you’re looking for a book to serve as a review, this collection of nonfiction picture books… 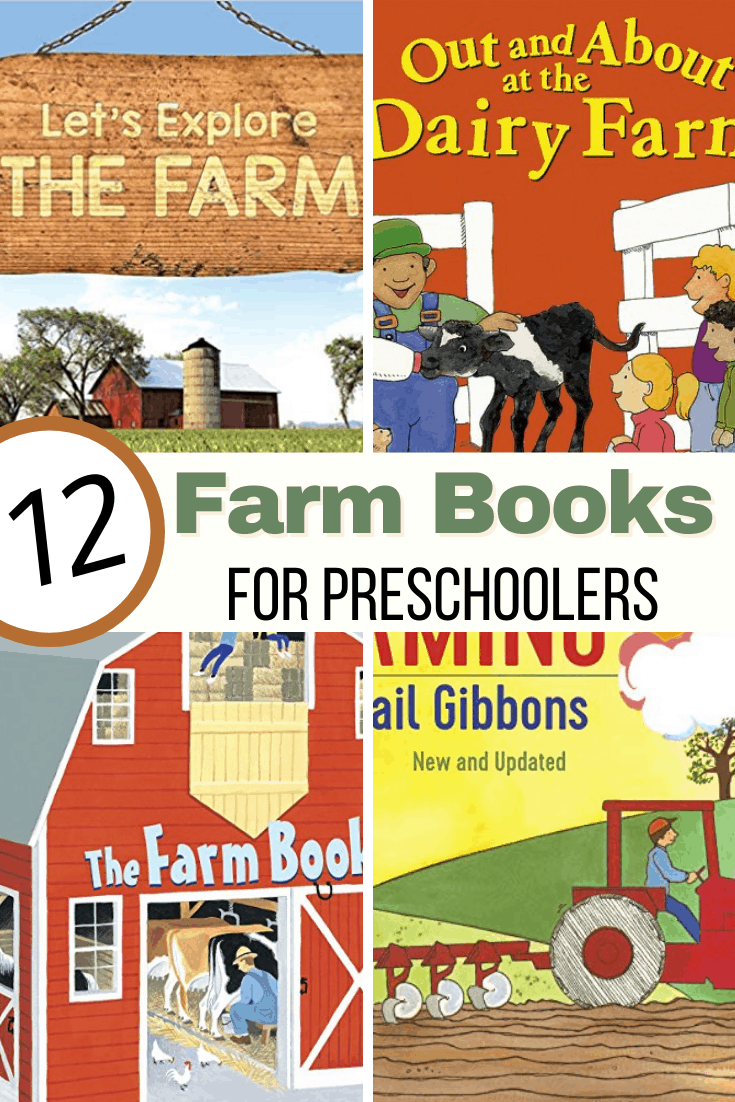 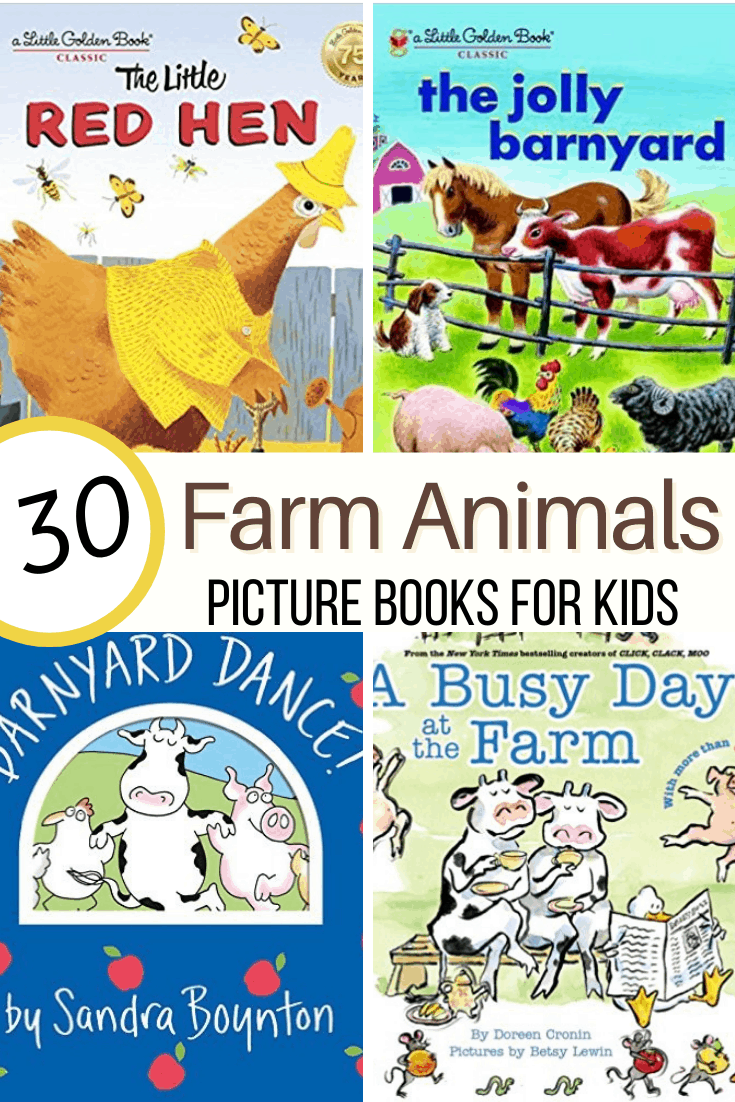 This post may contain affiliate links. 30 awesome farm animal books for preschoolers! These are great for kids of all ages who are learning about animals and life on the farm! This collection includes more than thirty fiction and nonfiction picture books about farm animals and farm life. Preschoolers are sure to enjoy each one!… 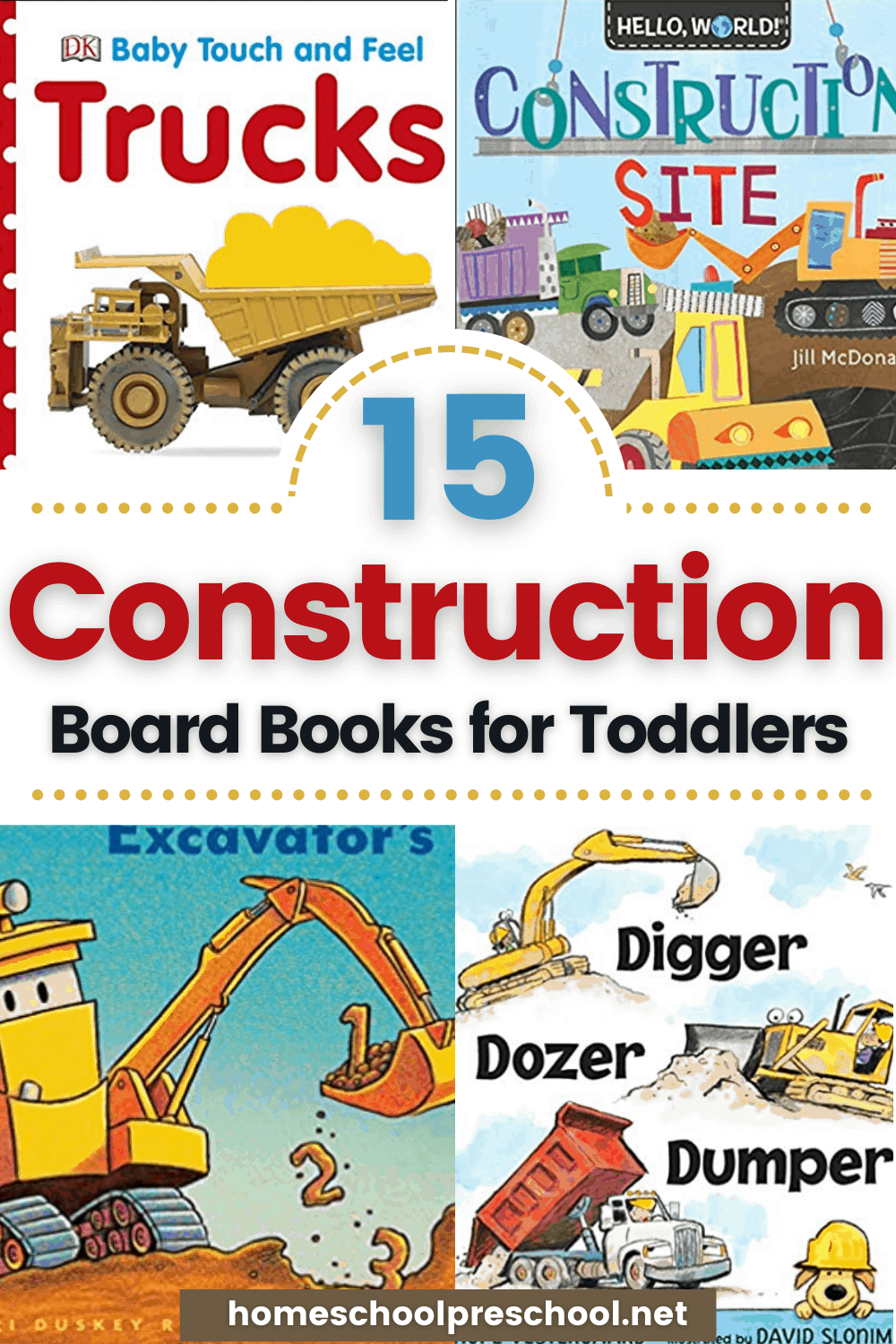 Affiliate links are used on this site, which help to provide support for our family and homeschool.
15 shares