Have you ever celebrated Moon Day? If not, it’s a fabulous day to set aside time to study the moon with preschoolers!

Moon Day occurs on the anniversary of the first Apollo mission to actually land on the moon, July 20th 1969. The day Neil Armstrong and Buzz Aldrin stepped onto the lunar surface and made history! 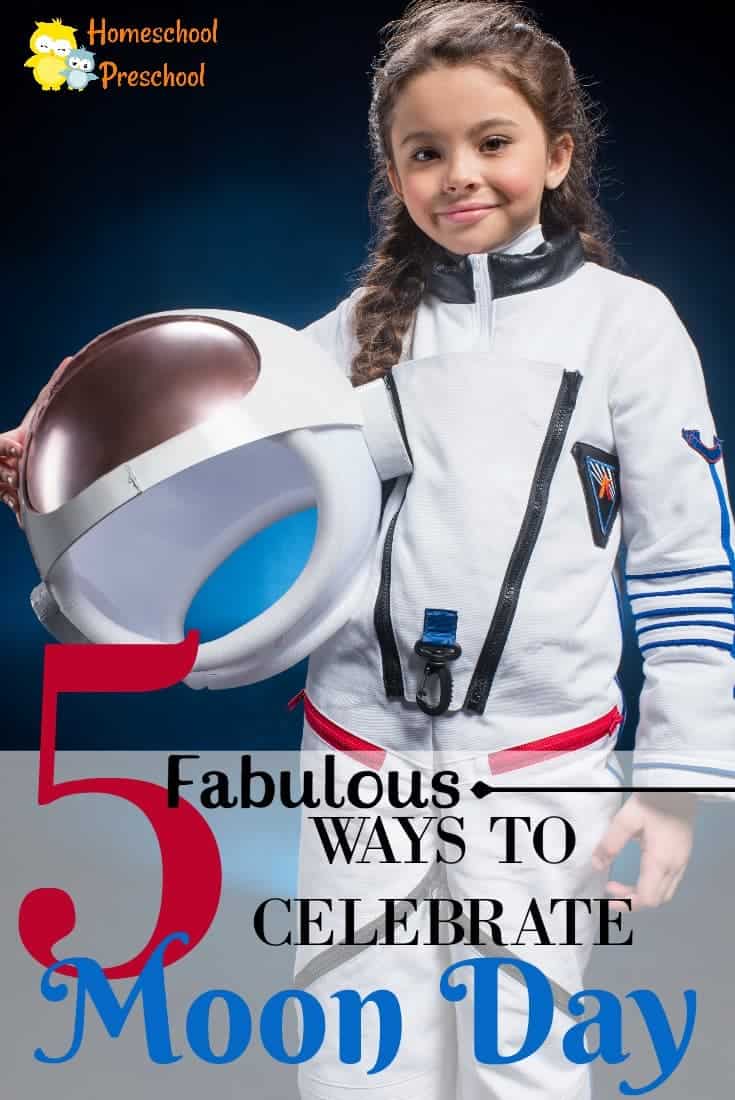 Study the Moon with Preschoolers

Read a Book About the Moon

While there are many wonderful books about the moon, I especially adore Moon by Steve Tomecek.

Moonstruck Cat and his firefly pal introduce children to the moon. They compare the moon to Earth and the sun. You learn about Galileo, the moon landings, and more!

It’s a delightful book to introduce preschoolers to the moon.

Act out being an astronaut

Moon Day wouldn’t be complete if your preschooler didn’t act out the trip to the moon. So build a tent, I mean a spacecraft, in the living room and send your preschooler off just like the astronauts Neil Armstrong, Michael Collins, and Edwin “Buzz” Aldrin did on July 16th.

Give your child bits of cheese and a water bottle for the trip and explain why. After all, cracker crumbs hang in the air when there’s no gravity and water drops float around the cabin. Astronauts need to eat non-messy foods so the cabin doesn’t become dirty.

Remind your preschool that it took several days to actually reach the moon because it’s really far, far, far away.

Land on the moon

The Apollo space craft has reached the moon. Peek out the window and have your child tell you what they see on the moon. Be prepared for some silly answers. My own kids get very imaginative at times!

Explain that the Apollo spacecraft wasn’t able to actually land on the moon, so the astronauts used a lunar landing craft to travel from the spaceship to the moon.

Have your preschooler pilot a lunar landing craft to the moon! 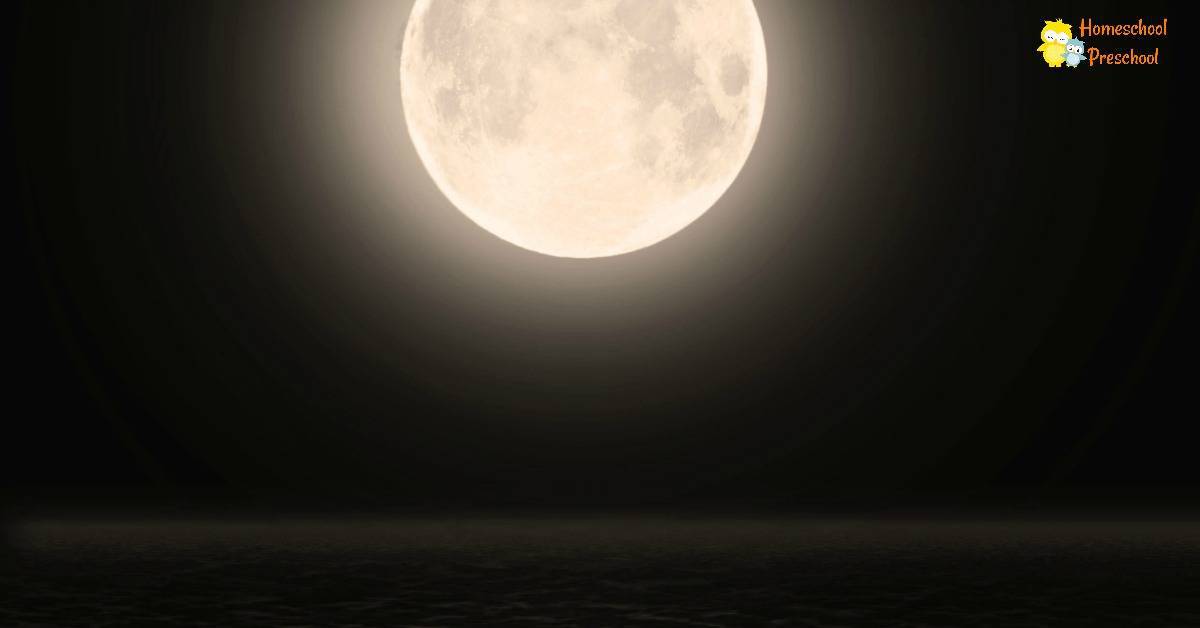 Re-enact the First Steps on the Moon

Act out the landing on the moon, complete with Neil Armstrong’s words, “…one small step for a man, one giant leap for mankind.”

Have your child take a look around, pick up rocks to take home, and feel the ground. What’s it like on the moon? Are there flowers and plants or only dust and rocks?

After your child has finished exploring the moon, remember to fly the lunar landing craft back to the Apollo before heading back to Earth!

Head Outside to Look at the Moon

Head outside to take a look at the moon. Ask your child about why the moon shines, what the shady areas are, and think about how far away the moon is.

Ask your preschooler if they can remember what shape the moon is right now. Is it a full moon, new moon, or crescent moon? What makes the moon change shape like it does?

If you can, pull out binoculars or a telescope to get a closer look at the moon. Can you identify any of the craters?

July 20th is a fabulous time to study the moon with your children. Use your imagination to recreate the Apollo 11 mission, try the crater activity from the Moon book, and enjoy learning with your kids.

Have you celebrated Moon Day with your children?