Unstructured play time is just that… unstructured play. There is no learning objective tied to the activity. Kids are able to use their imaginations as they engage in open-ended play.

Many parents, however, struggle with this. Parents might worry about their child’s safety. They may feel like they don’t have time in their busy schedules to just let their kids ‘do their own thing.’

The current culture of pushing kids to succeed from a much earlier age discourages parents from having too much ‘down’ time in their kids’ schedules. 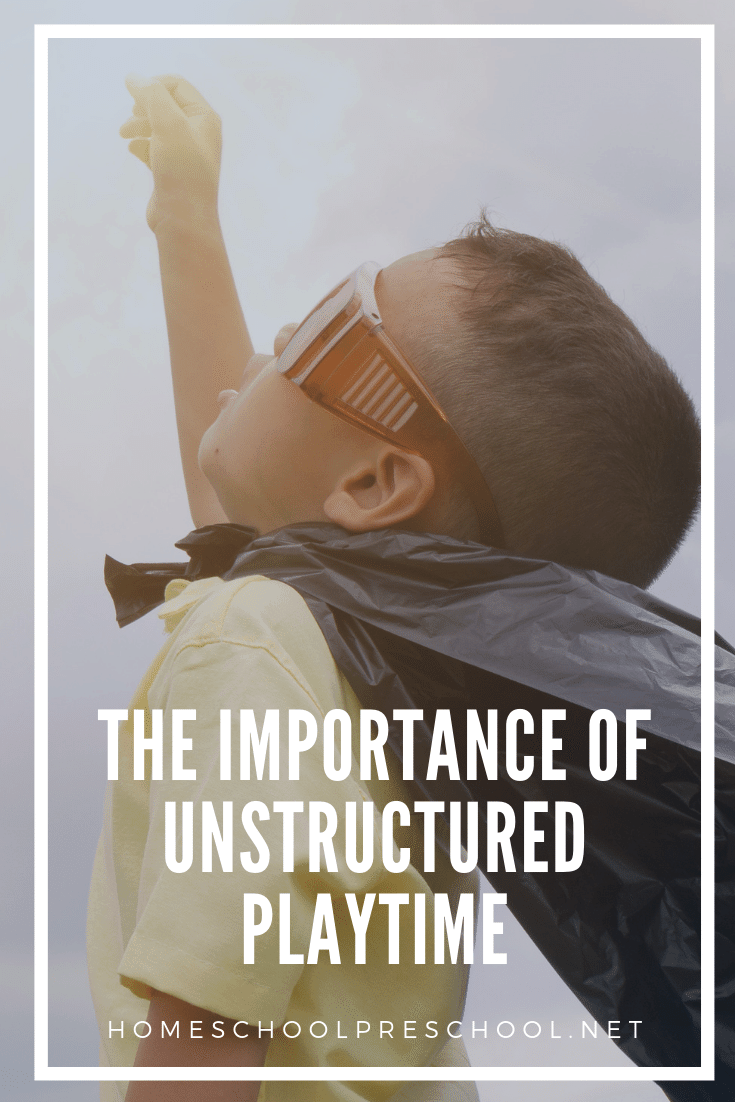 Last week, my nephew spent ten days with me. He’s five, and it’s been a long time since I had a five year old in my house. I went to the store before he arrived to stock up on toys and trinkets.

On his first night here, I took him to the library to stock up on books and movies. I had fun outings planned for several of the days he was here.

I had many days that I planned for us all to just hang out at my house.  Those days, the ones we spent just hanging at the house, were just as fun as the ones spent out and about.

Unstructured play time encourages children to use their imagination. Isaiah spent hours jumping on my trampoline fighting ninjas. He ran in circles around the trampoline with his sword. He was talking to them. He was chopping at them, and they were ‘fighting’ back.

I kept seeing him fall into the net as his ‘opponent’ got the best of him. This isn’t a game I suggested. It wasn’t anything I even commented on. It was all him. He used his imagination and was in his own little world.

Kids who use their imagination learn to plan and organize their thoughts. They have to pay attention to the game they’re playing in order to keep it going. 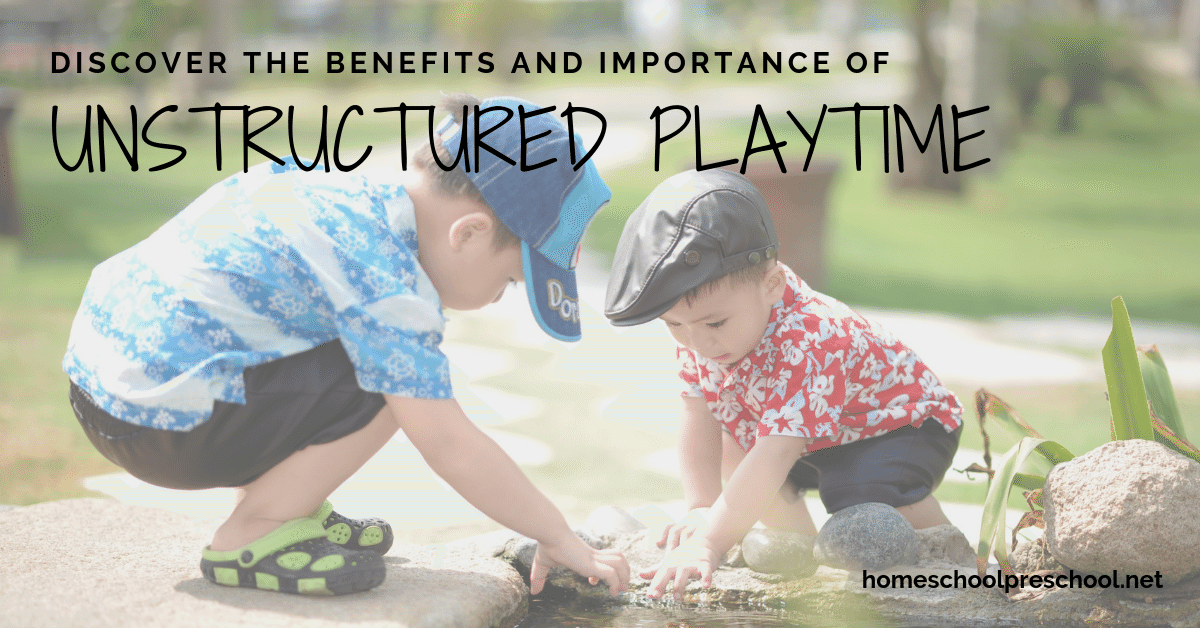 Unstructured play time encourages physical activity. While we spent plenty of time reading books and watching movies, my nephew spent lots of time outside. Much time was spent running around the yard with the dogs. He jumped on the trampoline, climbed the rock wall on our play house, and played on the swing set daily.

Unstructured play time helps groups of kids learn important social skills. They must learn to problem solve, take turns, and communicate their thoughts. They learn to work together and make compromises. Learning to include others is important, too. It’s how relationships are made. 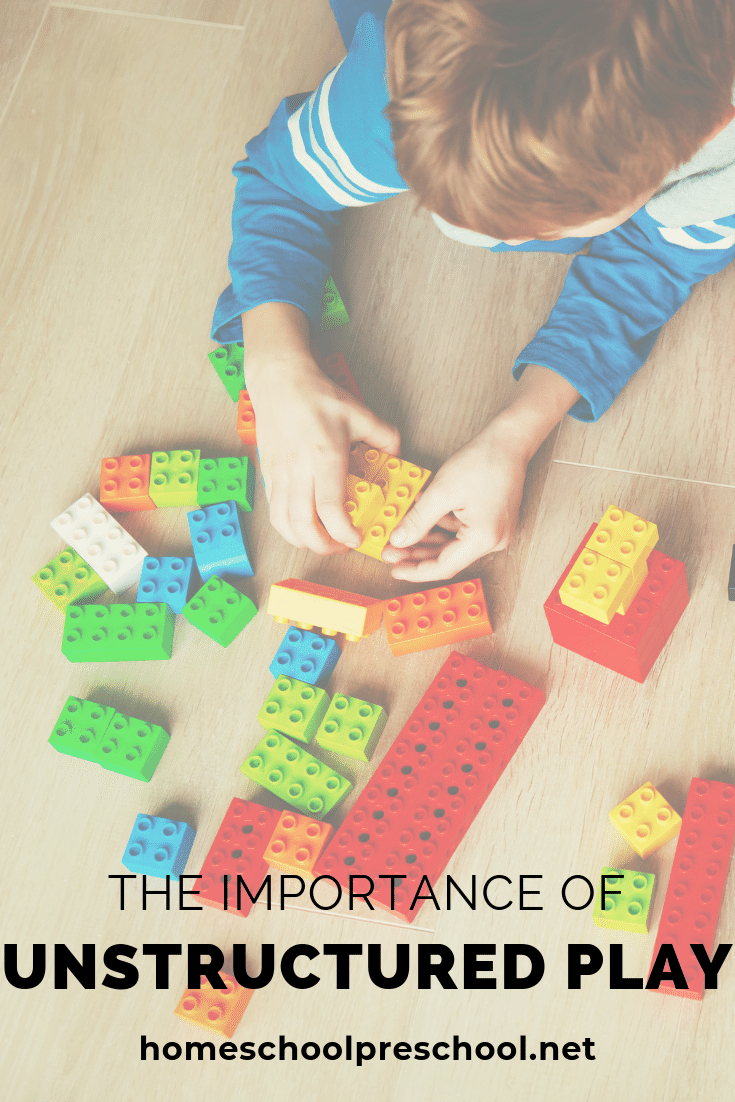 Don’t feel like you have to schedule every minute of your child’s day. If you do, you’re really doing them a disservice, because they’ll miss out on developing critical social and developmental skills.

What are your thoughts on unstructured play time? Do you feel like it’s important? Or, do you feel kids need more structure in their day? 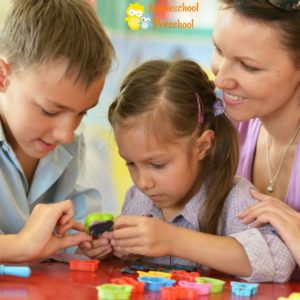 This post may contain affiliate links.After a long day of chores and running errands, you’re exhausted. Have you ever realized that after a long day, you didn’t get to spend… 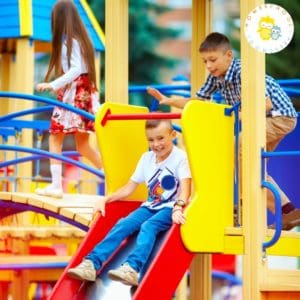 This post may contain affiliate links.Convincing your kids to get off the couch and play outside can feel like a lost cause. Between tablets, computers, and TVs to distract them,… 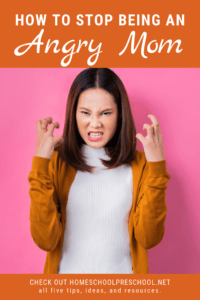 This post may contain affiliate links.Tired of being angry? I am! I’m tired of looking in their eyes after I’ve yelled – again – seeing the hurt I’ve caused. How… 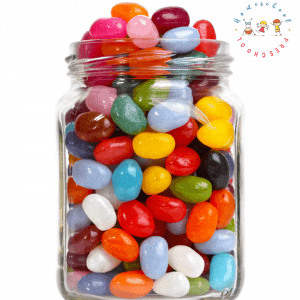 This post may contain affiliate links.Kids bickering and complaining? Encourage kindness and empathy with a family kindness jar. Encourage kids to speak, act kindly and to think about others. When… 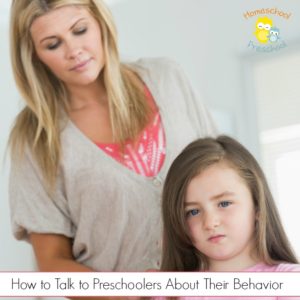 This post may contain affiliate links.My little boy stomps, growls, and roars pretending to be a tyrannosaurus rex. Needless to say his sister isn’t amused when our little t-rex bites… 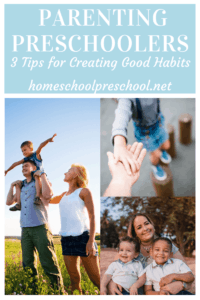 This post may contain affiliate links.Preschool children develop habitual responses to daily events. Use these simple preschool parenting tips to create good habits in your kids. Parenting preschoolers can be…

Affiliate links are used on this site, which help to provide support for our family and homeschool.
105 shares